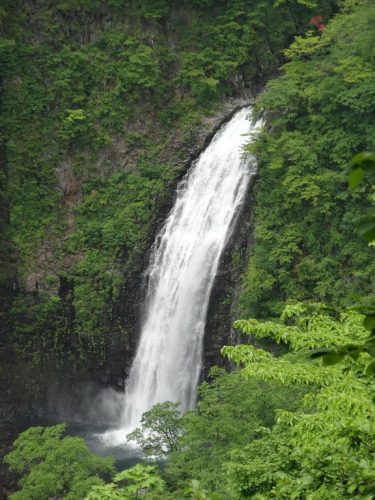 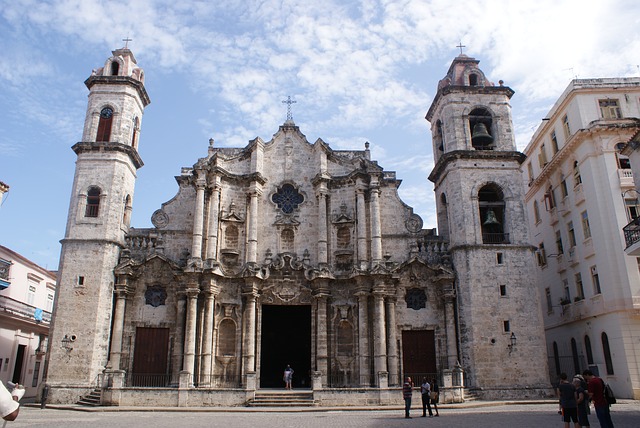 Cathedral of the Virgin Mary of the Immaculate Conception in Havana

In: Monuments
masquer
1 Architecture of Havana Cathedral
2 Sacred art and relics of the past
3 Saint Christopher and Christopher Columbus
3.1 Video
4 The Cathedral Square
5 A cathedral open to the world
5.1 Related posts:

The Cathedral of the Virgin Mary of the Immaculate Conception in Havana has been the most important religious centre of the Villa de San Cristóbal in Havana and the West Indies since its appointment in 1789. It is a Baroque style building with an impressive presence in the landscape and a decisive one for the Catholic faithful on this side of the world.

Its construction was begun in 1749 by the Jesuit Order, and when they were expelled from the New World in 1767, the work was unfinished, only to be resumed later. The archives, images and other values of the old, large parish church, located in the Plaza de Armas and until then the epicentre of Havana’s Catholic religiosity, were transferred there in 1777. In its surroundings, as a legacy of an originally planned Jesuit college, was the seminary of San Carlos and San Ambrosio .

A symbol of faith, history and culture, it is visited every year by hundreds of thousands of international tourists, as a specific destination or as part of individual and organized trips through the oldest part of Old Havana, declared Cultural Heritage of Humanity by UNESCO since 1982.

On Empedrado Street, between San Ignacio and Tacón, is the seat of the Archdiocese of San Cristóbal of Havana and the activities of the city’s archbishopric, with undeniable architectural contributions and a magnificent collection of sacred art inside.

Built in the Tuscan Baroque style, for its two side towers with bell towers (some insist on calling it “Cuban Colonial Baroque” ), it has three naves and eight side chapels, divided by thick pillars. The temple forms a rectangle 34 metres wide by 36 metres long. The floor is made of black and white marble, which from a certain point on replaced stone. Also the primitive altars were removed. Subsequently, the original ceiling was changed to a vaulted stone ceiling to capture more light, ventilation, safety and beauty. It is said that from that moment on it reached its greatest splendour .

In spite of several successive renovations, the exterior has not been altered, with the changes being concentrated towards the interior, taking on a neoclassical look. The last one was held on the eve of the visit of Pope John Paul II in January 1998, with the aim of “enabling it to assume the functions that corresponded to the new liturgy”.

Thanks to this, the façade has remained untouchable, preserving the marvellous contrasts of light and shadow it exerts on the square surrounding it, it seems to move and break up in concave and convex planes. Experts say that various implicit elements, such as the concavity of the façade wall carved in bare stone, the columns arranged at an angle, the degree to which they bear the inscription and the intersection of the architectural elements and the bold curvature of their lines.

Sacred art and relics of the past

Entering the Cathedral is like entering a sacred art gallery. Around the high altar you can see three frescoes by the Italian painter José (Giuseppe) Perovani, among which La Asunción and the painting of the Virgin of the Immaculate Conception, patron saint of the cathedral, stand out. Perovani is also the author of the canvas of the orange chapel (colour of the ceiling) of the Virgin of Loreto, blessed by Bishop Morell de Santa Cruz in 1755.

Also on the altar you can admire the magnificent sculptures and goldsmiths’ work made in Rome during the first half of the 19th century. On the walls, the oils painted by the Frenchman Jean-Baptiste Vermay, founder and first director of the Academy of Painting and Drawing of San Alejandro, the same creator of the Temple’s interior works, shine in the original enclave of the city.

The choir stalls of the canons’ choir, the furnishings of the sacristy and the original carved sculpture of San Cristóbal are barely preserved from the 18th century. Further inland, there are several tombs of bishops and famous people from the city and the island.

On one side of the central nave of the church you can see the image of San Cristóbal (in Greek it means “Bearer of Christ” ), one of the four patron saints of the city of Havana. In the Afro-Cuban religions, San Cristóbal was syncretised with the orisha Aggayú Solá, the protective deity of the weak, which is why their believers attend it.

Some experts say that without its place, the cathedral would lose much of its popularity, identity and personality. “The area of Havana’s first destiny”, as Lezama Lima called it, was originally called Plaza de la Ciénaga .

It was a rubbish heap, a dump and a market, until the new temple took its definitive position in religion and society, and it was renamed Plaza de la Catedral, one of the most elegant and refined spaces, where sumptuous and aristocratic walks were held. From the successive construction of renowned colonial buildings in its surroundings, such as the palace of Lombillo, the palace of the Marquis of Arcos, the house of the Counts of Casa Bayona, today the Museum of Colonial Art and the mansion of the Marquis of Aguas Claras, the area has become of transcendental importance .

It is currently one of the most famous, frequented and touristic sites of the Cuban capital, where we can walk on the stones of history, buy a souvenir, have a cool drink.

A cathedral open to the world

The Cathedral of San Cristóbal in Havana is open to the religious public and all those who respect Cuba and the world, where the faithful go to pray in peace and tranquillity, and others to meditate, to clear their minds and to be imbued with the beneficial influence it imprints. There are also official ceremonies of the archdiocese, masses, baptisms, weddings and other activities, which have made this temple a symbol of the city throughout the centuries, with millions of photographs, drawings, paintings, historical, literary and cinematographic references.