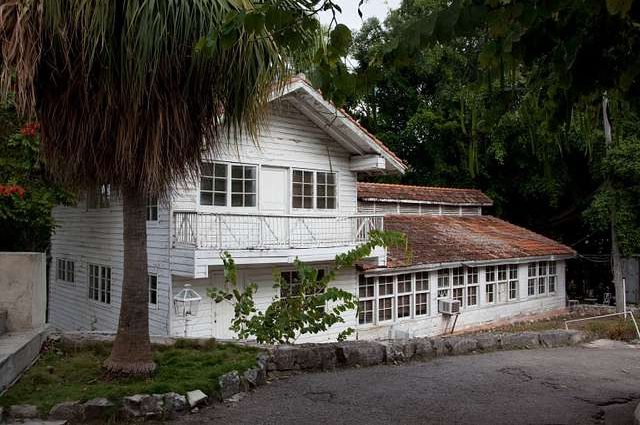 Finca Vigia was Ernest Hemingway’s house and is located in San Francisco de Paula, a suburb of Havana. Today it houses the “Museo de Ernesto Hemingway”. The house was built in 1886 by the Catalan architect Miguel Pascual y Baguer. The Finca Vigia means “the farmhouse of the watchman” and was built in the Moorish style. It is located on a hill about fifteen kilometers from Havana, overlooking Havana and the sea.

Hemingway lived in the house between mid-1939 and 1960. He first rented the house, then bought it in December 1940 after marrying his third wife, Martha Gellhorn.

In Finca Vigía he wrote nine novels, including “For Whom the Bell Tolls”. This is a novel about the Spanish Civil War, which Hemingway wrote as a journalist with Martha Gellhorn in the late 1930s. He had already started writing this book at the Ambos Mundos Hotel. Hemingway would later buy the house with part of his first royalties from the book, which was published in 1940.
It was also at the Finca Vigia that Hemingway wrote his book “The Old Man and the Sea” (1951). In 1954, he received the Nobel Prize for Literature.

In 2007, the museum reopened after a complete renovation. The Ernest Hemingway Museum has been preserved exactly as the author left it, giving visitors a glimpse into the life and times of this Nobel Prize winner. The museum features several artifacts belonging to Ernest, as well as a library containing the author’s original collection of books. You will also find posters of Spanish bullfights and trophies from his various African safaris. Hemingway’s boat, “The Pilar”, on which he went fishing at sea, is on land near the pool.

How to get to the museum